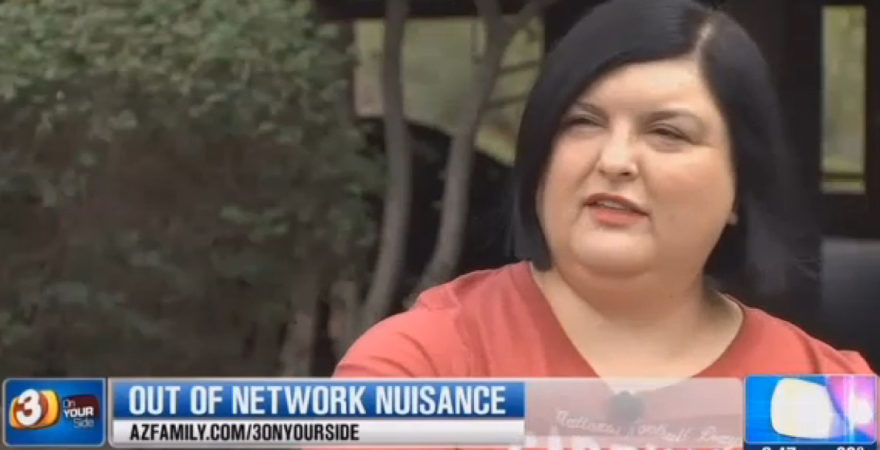 Eve Miner does a lot of walking these days to improve her health. In addition to walking, one of her favorite workouts is getting out her bike and taking it for a spin a couple times a week.

“I’m always going up and down Central Avenue, and everyone is always walking and riding their bikes along the canal, so I thought,’Why not me?,’” Miner told 3 On Your Side.

Seven months ago, Miner lost control of her bike and wound up going head-first over her handle bars.

“And so, I forced my hands up and I slammed onto the concrete. I was dazed and out of it,” Miner said.

The accident left one of Miner’s hands shattered.

Emergency crews responded to the scene and immediately transported her to the hospital where she underwent emergency surgery to repair her hand.

“There was actually a bone sticking out of the skin,” she said. “So, they had to repair that and put it back in place and put in a titanium plate with screws.”

Miner said she knew there would be some medical bills, but she wasn’t overly concerned because the hospital was “in-network” with her insurance carrier, United Healthcare.

Miner eventually recovered, and United Healthcare took care of all of her hospital and medical bills.

Well, almost all of them. The doctor from Arizona Center for Hand Surgery who repaired Miner’s hand is not contracted with United Healthcare and is considered “out of network.”

As a result, Arizona Center for Hand Surgery was paid a reduced amount by United Healthcare.

AllianceMed is a revenue generating service company that uses a state of the art billing process to maximize Health Care Professional’s  revenue. Using the Patient Protection Act we ensure that Insurance Companies are covering all benefits the patient elects to use.

Don’t miss to subscribe to our news feeds, kindly fill the form below.